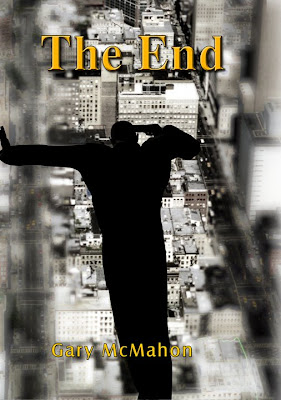 So the End of the Line launch went very well indeed. I don't think I've ever seen such a well-attended event. Kudos to Jon Oliver and the rest of the team at Solaris for organising everything.

"Forget zombies, they were only the beginning. This is...The End."

In other news, NewCon Press is starting to roll out the publicity gerbils for my forthcoming short novel, The End. This is a gritty little apocalypse novel, kind of a cross between George Romero's early film The Crazies and something J.G. Ballard might have written if he had an off day circa 1973. The novel sort of fits into the niche of zombie fiction...but not all that comfortably. If you're intrigued (and I hope you are), the novel will be published early 2011 - around April, with a launch at Eastercon.

Me too! Looking forward to this one. Mind you, still waiting for Waterstone's Deansgate to produce my copy of Pretty Little Dead Things. Which me also like and want. ;)