As part of this year's ongoing appreciation of the short story, I have set myself a tough task:

Choose 20 stories, a list representing representing my own personal favourite horror stories. The emphasis here is on personal. These are the stories that, during certain parts of my life, made such a huge inpact on me that it went deeper than the average reading experience. These are the ones that I'll never forget; the ones I'll take with me to the grave. This is the stuff that makes me continue writing my own stories, in the hope that I might even approach a similar level of brilliance.

I'll post a title and write a little bit about each story - what, in my opinion makes it such a classic, and why I love it so much. There'll be some familiar names, of course, and some familiar stories, but hopefully a few left-field choices too.

These, dear friends, are my Desert Island Horror Stories:


The Cutter
by Edward Bryant 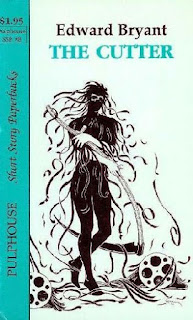 I first encountered Edward Bryant's short fiction in a volume called "Night Visions 4", where he appeared alongside Clive Barker, Rober R. McCammon and Dean R. Koontz. Bryant's stories - particularly Buggage - left a lsting impression. Then, much later, I read The Cutter in one of Ellen Datlow's anthologies. I was stunned.

I don't want to give too much away, because to rob anyone of the joy of reading this tale for the first time would be some kind of literary crime. Suffice to say, it's brilliant. The essence of childhood wonder, personal obsession, and the quest for some kind of personal vision are distilled in its pages. It's a story I've returned to many times, and each time it seems fresh and new. On one level, it's kind of a horror version of the film Cinema Paradiso, and then again, its' also a vicious alternative to the sentimentality of that film.

The Cutter remains one of the best short stories I've ever had the pleasure to read.


Only Partly Here
by Lucius Shepard 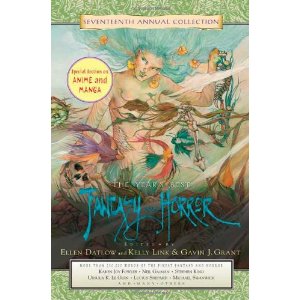 I thought I’d start this list with a heavy-hitter.
Some stories manage to talk about universal truths and display them in a way that we always knew but never really thought about. Only Partly Here is one of those stories. Bobby is working in the pit at the base of the in after the carnage of 9/11. He is part of the clean-up crew, and spends his days excavating and removing the debris caused by the terrorist attack. Bobby and two of his colleagues go for drinks in The Blue Lady every night after their shift. They don’t particularly like each other, but sense that their rough-edged trinity acts as a kind of shield against the soup of negative emotions they all seem to feel within the pit.
Bobby sees a woman in a smart suit every night at the bar. One night he decides to talk to her, out of curiosity more than attraction, and this triggers a series of emotions which build to a crescendo and end in an intimate revelation.
For years I’ve said that the best ghost stories examine the collision between a haunted person – or people – and a haunted place. I also have a fascination for ghost stories without a ghost. This story fulfils both of these criteria; the story is a hailstorm of loss and inexplicable grief. Bobby is reaching out to grab something he cannot even define let alone understand, and the woman, Alicia, is in turn failing in her own attempts at understanding exactly what the tragedy of 9/11 means to her. And, by extension, what it means to us all.
Some people (maybe even the author) might argue that this isn’t a horror story at all, but I think it is. Oh, yes, it is. Shepard’s tale confronts all the big horrors we face every day: love, life, death, togetherness, loneliness. Shepard is a big writer who works at an intimate level. What I mean by this is, he writes about all the Big Themes but expresses them at a very low-key, very human level. This, my friends, is art. It is great art produced by a genuine original.
The Fiend
by Charles Bukowski 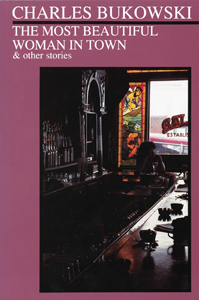 Charles Bukowski is probably my favourite writer. A chronic alcoholic, the man wrote poetry infused with such beauty and such despair that it scours your mind when you read it. His short fiction usually focuses on drunken losers at the end of their tether, and the stories often approach a level of surrealism that makes you laugh as much as it gives you a glimpse of the author’s personal pain.
The Fiend is a different kind of story to Bukowski’s usual output. It starts off with a familiar scene: Martin Blanchard, a loner, an alcoholic, wakes up and starts drinking port as soon as he gets out of bed. He watches some kids playing on a lawn opposite the window of his apartment…and then it all gets dark. It gets very dark.
Here Bukowski writes about something that is perhaps the ultimate taboo, and the result is the single most horrifying short story I’ve ever read. It’s immensely powerful, difficult to read, and leaves a bad taste in your mouth. But it is essential. Like a lot of great art, the story forces you to confront things that you might otherwise look away from. Martin Blanchard is at once a typical Bukowski protagonist – an outsider, a drinker, a man who exists in his own personal hell – but he is also a Fiend. What Bukowski does so skilfully is to let us see what happens when he becomes a Fiend, and what it is he thinks about during the hideous act that he perpetrates.
I wouldn’t say there’s empathy here, but there is understanding. It’s a tough story to stomach, but it’s also quite, quite brilliant. 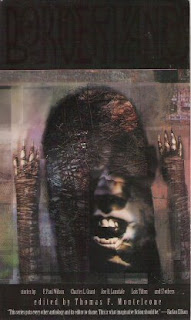 I first read this story twenty years ago - wow, that makes me feel old.
I loved the Borderlands anthologies in the early 1990s, edited by Thomas F. Monteleone and featuring some really weird fiction. Back when I was in my early twenties, those books made me realise that maybe I could find an audience for the kind of fucked-up horror stories I was trying to write.
Apathetic Flesh was one particular tale that hit me hard. I'd never heard of the author (I've since got to know him a little and he's a terrific guy), but the story felt like it was already part of my life. I was twenty-one years old, and here was somebody writing the kind of fiction with the kind of notes I was trying so hard to hit. As you can guess, this one made one hell of an impact.
It's a story about dislocation and disensitisation. A story about what it's like not to feel anything any more. A man leaving a late-night showing of a splatter film is followed home by a young boy who shows him things about himself that have been hidden - ir if not hidden, then ignored. There's a kind of passing of the flame, a handing over of something unmentionable, at the end of the story and nothing can ever be the same.
Godfrey's approach is oblique; he comes at his themes from a strange angle. The voice is uniquely his own, and that's something I've always admired in a writer. Reading it now, Apathetic Flesh is still an incredibly powerful piece of work. It an example of the good stuff, the real stuff. It has genuine integrity. And as far as I'm concerned, that's the real aim.

Sitting in the Corner, Whimpering Quietly
by Dennis Etchison

I learned a lot about how to write when I first discovered the short fiction of  Dennis Etchison, and I can honestly say that no other writer has influenced me more. He writes the kind of prose I can only dream of; his stories are small literary artefacts, and I treasure them. He's the Raymond Carver of horror, but his writing blurs genres, becomes its own genre. Dennis Etchison is a true original.

I could have chosen any one of the man's tales to include in this list, but Sitting in the Corner, Whimpering Quietly is here because, basically, I think it's the perfect short story. Under 2,000 words in length, this short, sharp piece essays a late night visit to a laundromat and an overhead conversation that gives the protagonist - and us - a glimpse into the darkness of the human condition.

Etchison drip-feeds the information to us, using snatches of dialogue. He sets the mood using snapshot descriptions of the darkness, the empty urban streets. The economy of his prose is breathtaking. His terse, poetic sentences catch fire. We are drawn in; we cannot look away.

Read this story. Read every fucking story Etchison has written. His two major collections, The Dark Country and Red Dreams are, in my opinion, two of the best books ever written in the English language. They feed my soul. They help sustain me. 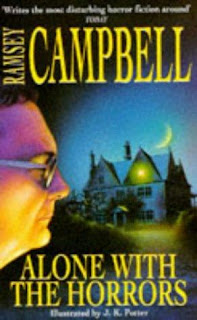 Let's be honest here: I could have picked any one of Ramsey Campbell's short stories for this list. He's that good. He's the best. Pretenders may come and go, but Campbell remains, striding across the genre like some mighty Colossus.

I chose Again for the simple reason that after all these years, it still makes me shudder. There's a nervy, queasy atmosphere to the tale that you just can't wash off, no matter how hard you try. I'd read Campbell's work before I came to this particular story, but this was the one where I knew he was my author - the exact moment when he stamped his mark upon me and I became an acolyte.

A young hiker spends a day on the Wirral Way, and on his travels he finds a house in which an old woman seems to be trapped. He tries to get inside to help her, and once he does...well, let's just say that's when the really fucking weird stuff starts.

This is Campbell stripped back, his prose laid bare. There are very few of his usual stylistic flourishes on display, and what we get instead is a story with the most hideous, greasy, horrific atmosphere you could ever imagine. And the ending...oh, that ending. It haunts me still; I often find myself thinking about it, and a strange, clutching nausea settles in my gut. I never want to read this story again, but I always do. Again. And again. And again.