Here's the last update before Christmas, when I shall be spending my time with family, eating and drinking like a decadant Westerner, and hopefully sneaking in a little writing when nobody's looking.


I've just signed the contract for a short story collection to be published in 2012. This one's major; 85,000 words of my fiction, with several tales original to the collection.

It's to be called Tales of the Weak & the Wounded.

I also have a few short story acceptances to report: Cinder Images will be published in the Darker Minds anthology; it sees me when I'm not looking will appear in Seasons in Carcosa; and I've had a crime story called Moving Out accepted by an anthology slated to be launched at the World Fantasy Convention 2013.

My story Remains appears in the current issue of Black Static, and in the same magazine you'll find stellar reviews of both Dead Bad Things and The Concrete Grove.

Finally, I hope you all have a great festive period, whatever your beliefs. I know I will. I'll fucking make sure of that. 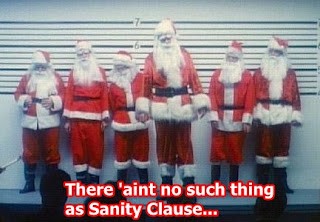 I will- and you too, old fella.

Can't wait for the new short story collection - my Xmas present for next year!