Three Films That Scared me

To celebrate Hallowe'en, here's a short list of some films that genuinely scared me:

I saw this when I was twelve, much too young to have been allowed to watch it. I sat there with my fingers over my eyes (so I couldn't see the face) and my thumbs in my ears (so I couldn't hear the voice). I was too scared to even leave the room. For about a month afterwards, I had vivid nightmares about my sister floating down our hallway, pointing at me, wanting me dead. 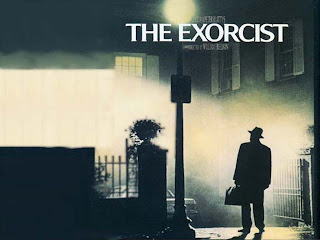 I saw this one rainy night at a little arthouse cinema in Stratford, East London. I went alone because none of my friends was interested. When the film was over, the entire audience sat in a stunned silence that lasted about five minutes, then slowly got up to leave. As I walked back through the drizzle to the Tube station, I felt pursued by something unseen. When I came to an alleyway I needed to use, I ran down it, totally freaked out by the thought that I was being followed. 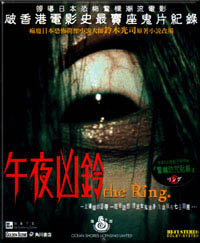 I used to live in a haunted house in Muswell Hill (I might blog about it some time). After seeing this film, I was plagued for weeks in that house by the thought of waking up in the night and seeing a figure standing facing the wall in the corner of my room. I was genuinely terrified. The combination of strange occurances in that house and the intensity of the film messed with my head in a way that no other film has. 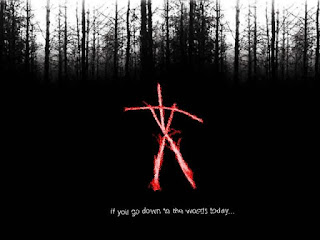 Great film. Blair Witch got a lot of grief and while some of it was justified, I got the impression a hell of a lot came from a backlash against something that was unexpectedly huge.

And Ringu is shit yourself scary.