He Belonged with the Lost 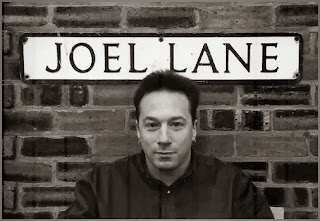 (Photograph by Nicholas Royle)
“Dark times lead to powerful writing – just think of what the Depression and the war brought to American horror fiction. But the danger for modern weird fiction is that it struggles to break out of a tiny coterie of Internet-connected fans. The world needs intelligent horror fiction just as it needs socialism, and for the same reasons: the power of truth is the only thing that can give us a future.”
Joel Lane (via email, 20/04/2009)


On Monday 25th November the writer, critic and anthologist Joel Lane died, apparently in his sleep. I heard the news the following day, via Facebook. I’d known Joel for less than ten years – not as long as some, longer than others – and the news hit me like a gut punch. It took a little while for the reality of his death to sink it, but when it did…well, that was the first time my son had ever seen his daddy cry.

I think I first met Joel in the flesh at FantasyCon, but I’d known him since the early 1990s through his fiction – he was the prime mover in the “Miserablist” subgenre, along with Nicholas Royle, Conrad Williams and several others. I’ve often said to people that I believe there are two writers of true genius working in the field of horror fiction, Ramsey Campbell and Joel Lane.  Now there is only one.

When I first read it, Joel’s work set off a detonation inside my brain and in my heart. I remember buying his first collection, The Earth Wire & Other Tales, and devouring the book when it arrived. Reading those bleak, beautiful, undoubtedly personal stories felt to me like I was entering an unknown country for the first time, but it was a place where I felt immediately at home. I’ve been inspired and directly influenced by Joel’s fiction ever since, and when I finally met him – nervy, edgy, intense, rubbing his head in that trademark way of his – I couldn’t help but be inspired by the man himself.

When I asked Joel to write the introduction to my first collection, he agreed and said he was honoured to be asked. When I read the introduction, I almost cried. He was such a supportive artist – a mentor, I suppose I’d call him. He was also a friend. His support and encouragement helped me become the writer I am today. I honestly mean that: without Joel’s support, I wouldn’t take the risks I do or tackle some of the themes I do. It delights me that he had the same impact on so many other people. He was generous, humane, a gentleman of the genre.

Joel was always ready to critique and compliment another writer’s work, yet he had this way of turning the conversation in another direction if you ever complimented him. He’d start talking about your writing instead, deflecting the praise. I don’t think he ever knew how brilliant he was, how vital his stories were. I told him countless times how much his fiction meant to me personally, but he’d just thank me, rub his head, laugh nervously, and begin to dissect and praise one of my tales. Joel was never comfortable with his own brilliance. But discomfort was part of his persona. Joel had always suffered with his health; his personal life often seemed dogged by tragedy and misfortune. He was in fact a very troubled man – I hope he’s found some peace at last, wherever he is.

I never saw Joel as much as I would have liked. We’d meet up every year at FantasyCon, we did several readings together over the years and he usually came out for a meal afterwards. I had the honour of editing him when he wrote a story for an anthology I put together – he even provided me with the title for the book. We kept in touch with irregular emails; he would occasionally send me stories along with the fascinating reasons behind why they’d been written. He’d also often write to me in detail about a story of mine he’d read. Over the past 12 months, our contact lessened. 2013 has been a terrible year for me personally, and I know Joel had a lot to deal with, too. It happens.

“I’ll make more of an effort next year,” I told myself. “When things get better…”

The last time I spoke to Joel he asked me if I’d like to contribute to an anthology he was editing. I said yes, of course.

“I must email Joel about that anthology,” I thought, just a couple of weeks ago…

You never know, do you? You always think there’ll be a next year, a next month, a next week. A tomorrow. But there never is.

Over the past couple of days my Facebook timeline has been filled with beautiful, heartfelt tributes to Joel. I don’t think he ever knew how much he was loved. There’s a certain tragedy in that, too.

There is now a gap in the horror community. It feels like a bomb has gone off and we’re all wandering about in the wreckage. Joel was our conscience; he was important – perhaps even essential – to the entire field. His work represented the best that horror fiction can be. Everything is different now that he’s gone. The night just got darker.


"None of it meant anything. He could remember all the things that mattered: the feelings, the sensations, the secret moments of truth. But he couldn't recall the names or the stories. He couldn't make any of it link together. The shadows of the trees were starting to blend, and he couldn't see the buildings any more. He was no longer real. He belonged with the lost." 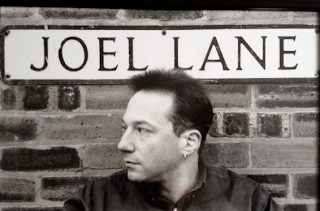 Hi, Gary. I hope you're well. Lovely to read your thoughts and memories about Joel. I only met him once, and apart from one phone conversation, all our contact was through email. Nevertheless, as I was working with him on the austerity anthology, this is a terrible blow to me, as it has been to many others. I couldn't help wondering if that was the anthology you mentioned in your post. If so, just to let you know, GFP is still committed to the anthology, as am I. We want it to be something of a tribute to Joel.