Shucking off the Fear 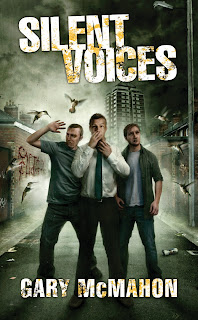 This week I remembered exacty why it is that I write. I've been working on a relatively simple chapter - a man going to dinner at the house of some old friends, with all the mixed emotions something like that involves - and the magic happened. Something clicked.

The current novel has been something of a struggle. I've wrestled to shape my ideas into coherent sentences, ill health has dogged my attempts to finish, and at times it's felt as if I was simply grinding out the words to get from one scene to the next... But this week, out of the blue, I remembered that I write for me, I write to satisfy my creative urges. I don't write for money; I don't write for some idealised audience. I do what I do because I have to, to keep me from doing something even more stupid.

The key to all this was that I stopped what I was doing, sat down on the sofa, and re-read what I'd written, and all the stuff I'd been anxious about faded away. I was actually pleased with what I'd produced - I thought it was good and gripping and readable. That rarely happens when I read my own work.

Then I realised that for months I'd been working under the weight of a pointless fear: I was scared that the themes might bog down the story, and that there wasn't enough "horrory" stuff in there. This week, after my read-through, I thought: so what? This might not be the novel that people are expecting, but it's the novel I needed to write. It's about childhood hopes gone sour, the bitter taste of regret, and incorrect assumptions about what it takes to be a man.

After 70,000 words this novel has finally revealed it's purpose and shown me what it's all about.  And instead of worrying whether or not I'll crash and burn I've simply started to enjoy the ride.

You're a good lad, you know?

Well said, Gary. Yes, it's always good to remind ourselves why we write and for whom. There's no integrity if we don't write first of all for ourselves.

It's always so difficult, with creative output, whatever the medium, to strike that balance between Emo-kid-writing-bad-poetry-just-for-him/herself and formula-driven-market-watcher-intent-on-aping-the-hot-new-thing.

I can imagine that the pressure only grows (as it changes) once you foster a fan following and feel, now, that you must produce what is expected of you, what worked before, or what the fans want.

It's this kind of concern that has led authors to work under pseudonyms in the past.

I'm glad to hear you've been able to shuck such worries of late. I've enjoyed what I've read of yours thus far. There is a distinct style there, a unique voice that, I'm sure, comes out most when you're writing only for the love of it, writing for yourself, being yourself.

It's like what moms say about friends: If you lose a reader or two because your next book doesn't have enough horror and gore in it, well they weren't very good readers in the first place.

A little off topic: I remember you posting on Facebook about the scene mentioned above, and you mentioned then that you'd "only" written a thousand words that evening. I was curious, knowing that you have a day job and family, to know how many words you do get down (or aim to get down) on a typical writing day. Just wondering.

I look forward to Silent Voices (and Dead Bad Things before that--Sept 27 for any Canadians reading this).

rad post! what a breakthrough! too bad u didn't have it months ago... but then the WHEN isn't really important, just the WHAT. cheers mate! can't wait to crash into CG!

You might be writing for you but you are keeping quite a few of us readers happy at the same time.

Abdre - I aim for 2,000 words a night, every night (I usually start around 8:15pm). Sometines they fly out of me; sometimes it's like beating my hands against a wall. But I sit there until I have at least a page, even on the nights when the last thing I want to do is write. It's all about persistance with me: that's how you finish a book. Starting is easy, but finishing takes real drive.