Last year, I took a chance on a debut novel by an author I'd never heard of, simply because of the involvment of Nicholas Royle and the publisher Salt.

The book was Habit by Stephen McGeagh, and it was certainly a chance well worth taking. Here's the potted review I posted on Facebook, where I talk briefly about the books I read each year: 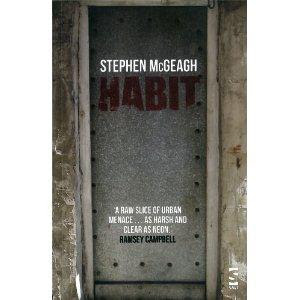 ﻿I was so impressed with this novel that I contacted the author to ask him a  few questions. Here's the resultant Q&A:

GMc: I'm embarrassed to admit that I know very little about you, other than you play in a metal band and have written a superb debut novel for Salt. Could you fill me in on your background, maybe tell me about some of your influences and inspirations?

SM: That's probably it, to be honest. I grew up in Manchester but was born in Liverpool. I'm a season-ticket-holding Evertonian. Studied at MMU. Came into contact with people like Calum Kerr and Michael Schmidt as part of the BA, who (maybe unwittingly) encouraged me to write more. Messed around a bit (a lot) after uni. Took out a wopping bank loan to go back and join the Writing School. Wrote more. Finally found a great bunch of lads in Colibra. Wrote even more. Everything has just snowballed really. It's all one lovely, grimy, back-street, metal, sexy snowball.

My biggest influence musically are the US band Lamb of God.


GMc: Habit is a very dark book. Beautifully dark. Could you tell me a little about the original inspiration for the story and how those themes and ideas developed? Was that pitch-dark tone there from the start, or did it come out of the writing process?

SM: Thanks, Gary, I hope it's dark. It should be black as Hell. That's what I wanted. That's what I enjoy writing. I'm not sure I've ever written something cheery, and liked it. Habit was horrible from day one. The writing process allows us to wallow, I suppose. Standing knee deep in dirty water and plunging your hands in to the elbows, trying to rake something worthwhile up from the mud at the bottom. Originally, working on Habit was a way of exploring the more shadowy parts of town. The characters and plot grew out of Manchester's night. I hope it all hangs together.

GMc: The book is tough to classify. It's part crime, part horror, part bitter, biting realism. Did you set out to blend genres in this way, or did ideas that not even cross your mind as you wrote the story?

SM: I didn't set out to write a genre novel. It was just a story. I enjoy horror fiction. I enjoy realism. I really love straight-up fantasy, swords and sandals shit. The best thing about readers reactions has been the sheer variety of feedback I've had. People have told me they've read it through their fingers, putting it down at certain points "for a breather". Other have laughed through it. It's for readers to classify, I guess is what I'm trying to get at. I'm very happy for it to be a genre-blender.

GMc: We have a mutual friend in Nick Royle. I've been a fan of his work for decades, and he was a major part of the "miserablist" movement in the 1990s that helped me find my own literary voice when I was struggling to decide what I wanted to say with my writing. Did you know Nick before you read him, and did his work influence you in any way?

SM: I didn't know Nick until our first workshop together at MMU. I felt he really got what I was trying to do with Habit, early on. He made me believe it was worth writing. He told me which bits were shit. He invited me to do my first public reading - taking a chance on a student at an event that was promoting his then new Nightjar imprint. Through Nick I met people like Conrad William, Tom Fletcher, and Simon Bestwick. I think one of the hardest things about writing can simply be *feeling* like a writer. Like that is what you should be doing. Nick has influenced me in a massive way, I was lucky to meet him as his student, luckier still to keep him as a friend. I love what he does. Counterparts is a fucking great book. I've just started his new one, First Novel. I've been lucky enough to hear it read from at certain events. People need to get a copy early. Say you where there, before the prizes start rolling in. 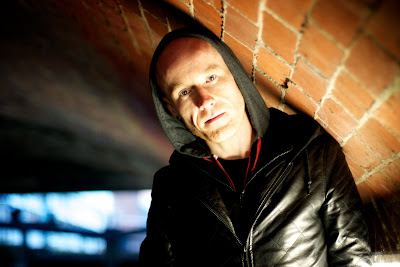