One Flew Over the Cuckoo's Nest
Directed by Milos Forman (1975) 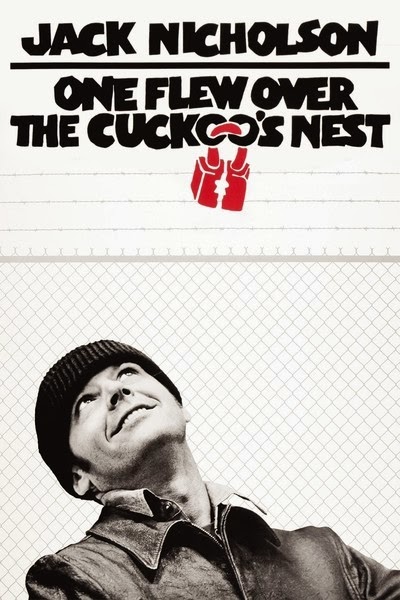 I've seen this film so many times now that it seems as if it's always been in my life, a parable playing in the background. The themes of individualism, fighting the establishment, and refusing to surrender to the system are writ large, but the writing and the performances make the film feel small and intimate.

Jack Nichlson has never been better than he is here, as Randall McMurphy, a man shut up inside a mental institution for troublemaking. The character is a force of nature. He doesn't care about little things like sanity or mental health. He thinks that everyone should just live in the moment and do whatever they are moved to do. He's supported by a superb cast, and most notably with a stand-out performance by the brilliant Lousie Fletcher as Nurse Hatchet. She is McMurphy's nemesis, a woman who comes to respresent the system more than anyone else he has met.

There are some brilliant comedy set-pieces - the unnofical boat trip, the scene on the basketball course, and about a hundred small character quirks that make you feel sad and amused. But ultimately this story is a sad one. The price paid for setting yourself against the system can be huge, and, when all is said and done, perhaps it was never really worth it anyway.