On Stories Being Everywhere

Stories, they're everywhere...at least the ingredients are, if you take the time to look and to listen. For example:

A few years ago, when I was in hospital for the first time with pericarditus, I overhead two old blokes talking on the cardiac ward. They were discussing old times in Leeds, things, places, people, that they remembered but were no longer around. This stuff is like gold dust to a writer. You can't buy the kind of detail people put into personal anecdotes. As the conversation developed, one of the men mentioned someone called Sister Resistor.

Apparently, Sister Resistor was some kind of back-street stage act. A very small, very thin woman of indeterminte ago who would challenge all comers to get up on the stage and try and move her. That was it. She'd stand there, presumably in her spangly stage outfit, and grown men would get up and try to push her off balance. A simple act, I suppose, but also a strange one. Imagine it: a tiny woman standing there resisting the pressure of a large man trying to push her over. According to the storyteller, it was a very popular act. People would travel for miles to come and see her.

I started to wonder about Sister Resistor. What was her real name? What kind of woman was she - a wife, a mother? How did she develop her peculiar talent? I've tried Googling her a few times but I never get any results. Sometimes I think I dreamed the entire episode; a pain-dream, a weird sick-bed hallucination.

Ever since I heard that story, sitting rapt in a high-sided hospital bed, white-faced and almost crippled from the pain in my chest, I've wanted to write a story about Sister Resistor. Maybe one day I even will. 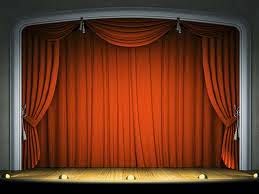 My dad tells that my Grandad used to do a similar thing. He'd stand on a five pound note in the middle of a pub and give it to anyone who pushed him over. As he wasn't a little old lady (more of a well-built baker who played a lot of football), it's not quite as impressive as your story.