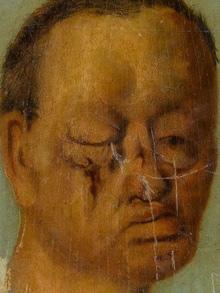 I like Harry Palmer better than James Bond, prefer The Magnificent Seven to The Seven Samurai. There's only ever been one great version of Wages of Fear and it wasn't made in English. Depressing films make me happy. Sad songs make my soul soar. Extreme Cinema puts fire in my belly. I love the rain and the cold. I don't like the heat. I favour well-crafted prose over simple "storytelling"; I'll take failed ambition over succesful entertainment every time. I want to be disturbed rather than experience a cheap scare. Give me ambiguity over a neatly packaged ending. I like the good guys to wear black hats. Barton Fink is my favourite film by the Coens. The best version of Blade Runner is the one with Harrison Ford's voiceover. Frenzy is better than Psycho, but The Birds is better than both. Ingmar Bergman made horror films. So does David Lynch. Mona Lisa is the best film Bob Hoskins ever made. Tough Guys Don't Dance. I Am Legend. Bring Me the Head of Alfredo Garcia.

(The 5% is about the best version of Bladerunner - c'mon, really?)

Yep, really. By a long way.

Now there's a manifesto I can get behind...although like James I have one film-related disagreement. Mona Lisa is a great film, and Hoskins is wonderful in it, but it's beaten out by his performance in Super Mario Bros.

(Mona Lisa is one of those films that for various reasons I must have seen a dozen times or more when I was sixth form/student age...along with Betty Blue (sigh) and Sex, Lies and Videotape). It reminds me of a time in the way that some songs do.)