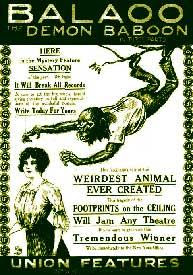 I've made no secret of the fact that lately the writing has been happening slowly for me. Well, when I say lately, what I really mean is the last year. I've gone from hammering out three novels in one year to squeezing out a few thousand words a month.

One thing I have noticed, though, is that the writing I am producing is of a higher standard. My first drafts are much better, neater, tighter and leaner than they ever were. Sometimes the first draft stuff hardly needs much editing at all, just a bit of tidying. This made me think that perhaps I'm not struggling to write after all. Maybe my writing process has simply changed, and I write slower now. Slower and better.

A year ago this thought would've terrified me. But now...it doesn't. It might even make me happy. Well, when I say happy what I really mean is not unhappy.

So the novel-in-progress  - the thing I've called The Bones of You - trundles on. I'm about half way there now, and it feels good. It feels right. It isn't a very commercial book, but that's okay. It isn't meant for a commercial market. I hope to have the first draft finished by the end of February.

In other news, I've just sold another story to Black Static. This one's called Sometimes Everything Gets so Strange it Starts to Make Sense. In light of this update, that now seems like a pretty apt title...

So here's to the slow ones, the ones to whom it never comes quick or easy. Here's to the artists who chip away at their craft, taking the long road. Here's to us.

Glad to hear new stuff is in the pipeline. Slow and steady, it's all good :d
I've just recently discovered your previous work and I truly love it! I'm almost at the end of the 2nd Concrete Grove novel and I'm happy I have more of your stuff on my mount TBR. Though I may be a new fan, I've already gone on a bit of a shopping spree; I've still got the next one of the trilogy, the 2 Usher novels, and 2 short story collections (To Usher the Dead & Tales of the Weak and the Wounded - Both very handsome hardbacks btw, I also love the artwork on both).
In no time you've become one of my favorite authors, you write with so much feeling & atmosphere.... Well, I'm already sounding like a deranged fanboy so I'll leave it at that but thanks doing what you do!
Kindest regards from Belgium! (sorry for bad grammar or spelling; English isn't my native language..)

Thank you so much, Sven, for your kind words - and for buying all those books! :-)

You probably know this already but..
It Seems I'll surely have to buy Ellen Datlow’s “The Best Horror of the Year” Vol5 which will be released in april... Two stories by you :D Hooray!

You've got two stories in Ellen Datlow’s “The Best Horror of the Year” Volume 5 which will be released in april :) :) Another must buy ;) Hooray!

Hi Sven. Indeed, I'd heard the news. Many thanks for your supprt - it's appreciated!