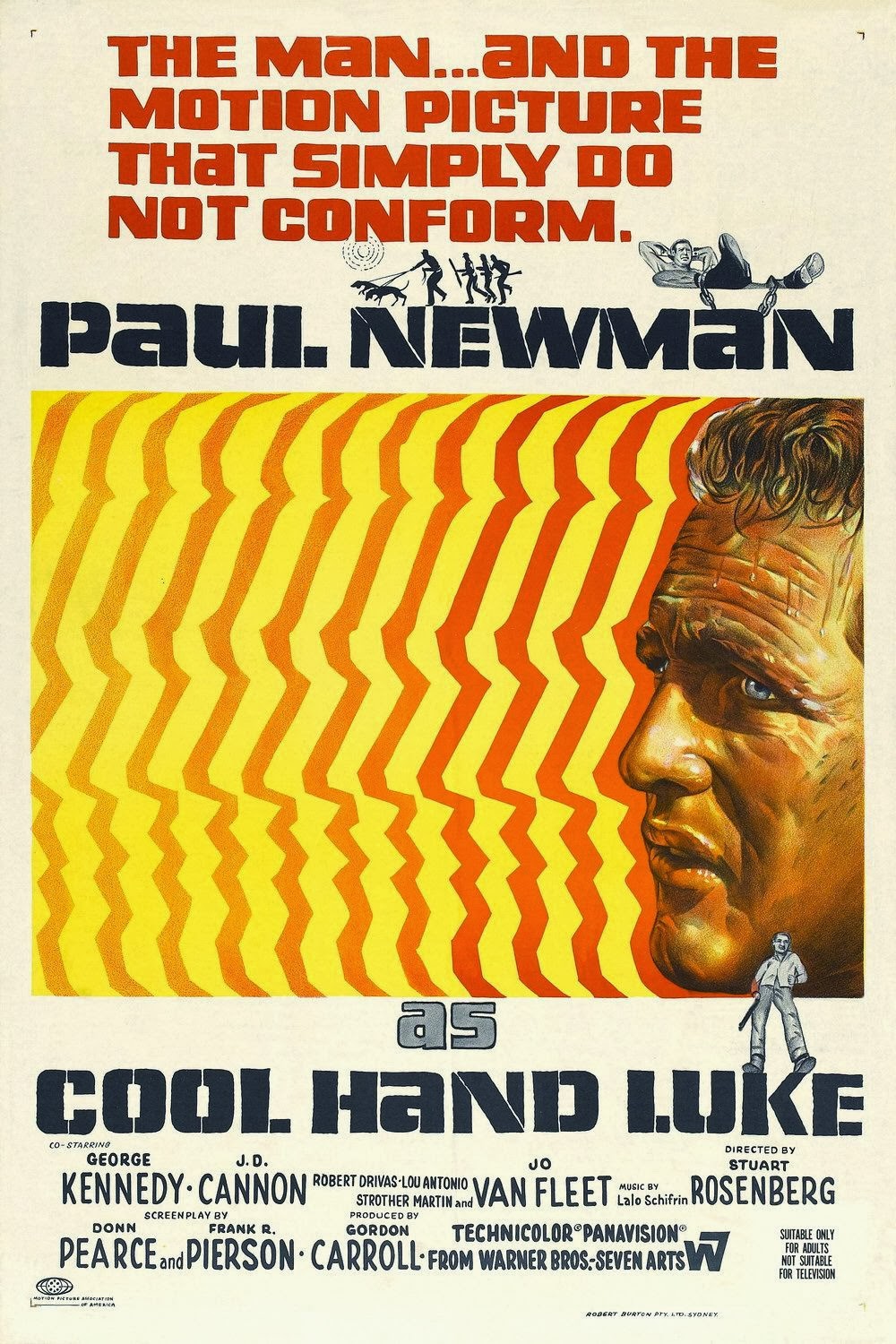 ﻿
I remember the day I read about Paul Newman's death. I'd been a fan of his since I was a kid. He was cool, laconic, manly without being absurdly macho, and always had a twinkle in his eye, as if he wasn't quite taking anything seriously. That night I put on the DVD which, for me, most sums up his screen persona, a film with a character that only Paul Newman could have played.

I have a fondness for what most people call "blokey films". I love horror movies, gangster movies, sports movies, and especially prison movies. Cool Hand Luke is the best prison movie of them all.

When I was a kid the Christian symbolism on show was lost on me. I just wanted to be like Cool Hand Luke. He never submitted to the system, he always got back up when he'd been knocked down, and he could eat 50 boiled eggs as part of a ludicrous prison bet. As an adult, I find that the religious symbolism doesn't even bother me. You can take it or leave it; I choose to leave it.

At the heart of the film is Newman's portrayal of a man who suffers all kinds of psychological and physical abuse but keeps on going. He stays on his feet; he keeps digging the pointless holes in the road; he slowly wins over every other inmate he meets, including George Kennedy's towering bruiser Dragline.

I cried my eyes out when I watched this after Newman's death. I wept for the loss of a childhood hero, the suffering of a fictional character, and the fact that I was no longer a little kid sitting on the living room floor and held spellbound by a film that went on to take a place in my heart.